Contrast: A Look at Silence 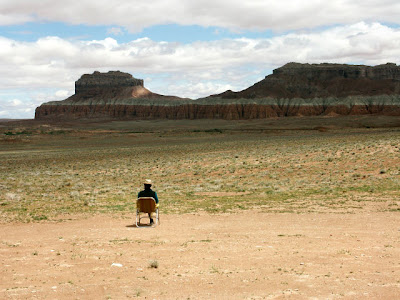 I know, I’ve written quite a few entries here on the subject of noise, but I’ve neglected to comment on its opposite, so please indulge me in one more reading suggestion:

In Pursuit of Silence, Listening for Meaning in a World of Noise , by George Prochnik

This book comes at the noise problem from a different and useful direction, namely by defining noise as any sound that keeps us from hearing what we want to hear, whether it’s the voice of the person sitting across the table from us, the birds singing in the spring, or the silence of our own thoughts. Then it explores the sounds and silences beneath the noise, what they mean and why they are important.

Prochnik pays considerable attention to silence, but also takes an interesting look at the meaning behind purposeful noise. He includes a chapter of interviews with “boom car” devotees; you know, those people who soup up car stereos so you can hear them a block away. There’s a cadre of serious boomers who push beyond the 160 decibel noise level, loud enough to blow the windshield out of a car. He also covers another favorite noise-maker, Harley motorcycles, with their copyrighted resonance and what’s behind that. Purposeful noise is a means by which disempowered people make their presence felt.

To me the most interesting and important part of the book deals with the subject of silence and its spiritual implications. In fact the book focuses on the lives of monks, meditation, and the idea of “quiet mind,” which Prochnik suggests is essential to the creative process. Without the respite of silence we lose track of the very depths of our being, which, in a culture as awash in noise as ours, it appears to be just what many of us want to do.

Prochnik mentions research implicating excess noise in cardiovascular problems and as a possible causative factor in autism. It seems that young children brought up in very loud environments take longer than normal to process speech, which is an important aspect of this disorder.

The book ultimately makes the point that efforts have been made for years, even centuries, to address the noise plague. But as one source is eliminated, others have a way of popping up like the marching broom fragments that threatened to inundate the Sorcerer’s Apprentice. Rather than campaigning against noisemakers, it turns out to be more useful to educate ourselves about the importance of those sounds and silences we do want to hear. If enough of us come to recognize them, then there’s hope that the noise may fall by the wayside of its own accord.